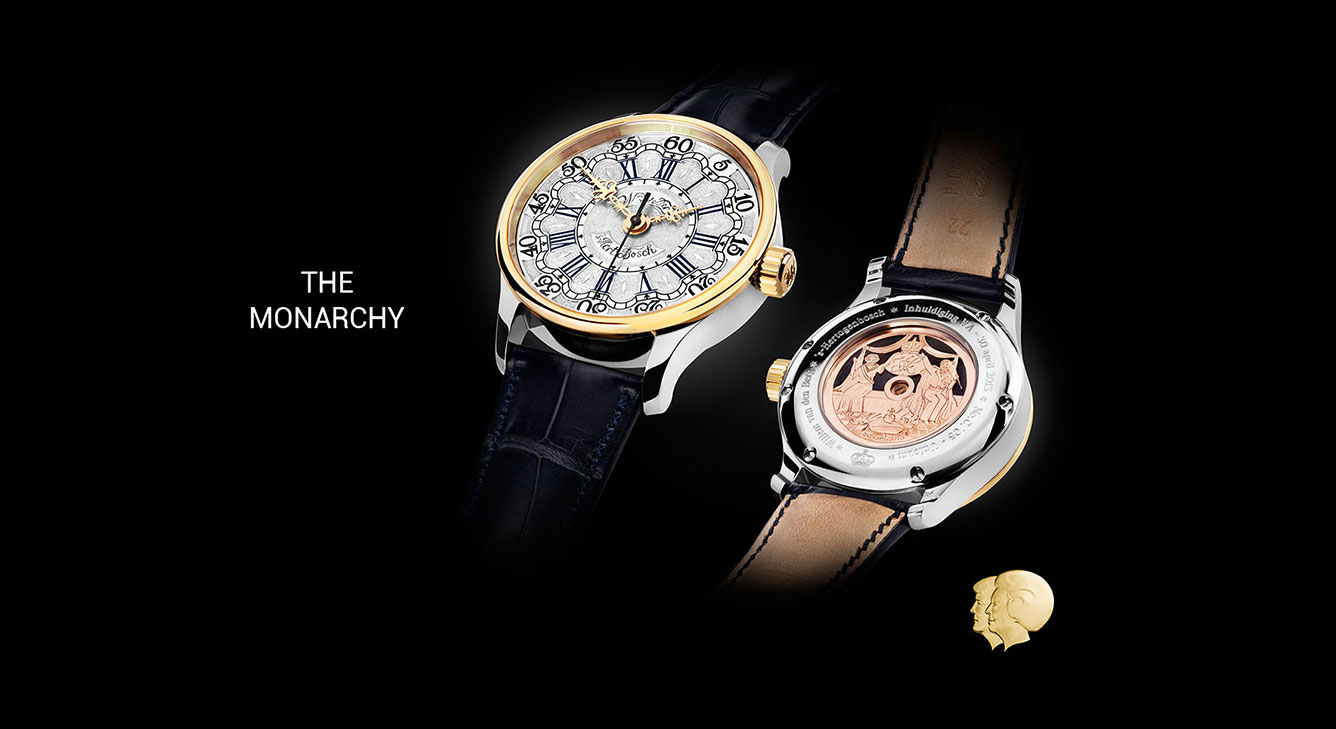 A unique Kings watch in a 24 carats gilded orb, set with 31 synthetic gemstones and a cross on top. It represents the world. Ever since the inauguration and oath of King Willem I der Nederlanden on 21 September 1815, the orb was present at all of the succeeding inaugurations in the Nieuwe Kerk in Amsterdam among the other regalia on the credentials-table. At the the installation of King Willem Alexander on 30 April 2013. Willem van den Berg has incorporated this symbol from the royal regalia into the design so it radiates royalty from its very core.

King George I of Great Britain and Ireland
The source of inspiration has been an image on the face of a watch by Wm. Holloway of London, made on the ascension of King George I of Great Britain and Ireland (22 Oct. 1714 – 11 June 1727). Here we can see two people holding the crown. One of them carries the chandoleer with the candle as a symbol for enlightenment, the other is carrying a sword as a symbol for justice. Underneath the crown the letter “G” (George) is written. The signature above the date was removed. Little Crowns were worked into the pillars of the timepiece with below them the Roman Numerals “II and X” and a larger “X” in between. Representing the date of the inauguration on October 20th 1714. (2 x 10 and 10th month)

Kings watches are rare. There was not enough time to build a watch before the inaugurations, as they are usually announced on very short notice. Hence, the historically important piece of Wm. Holloway from London is extremely special and of museum quality. Willem van den Berg has repeated a 300-year-old story and this makes it a personal masterpiece. It fits the ancient tradition of master-watchmakers who want to tell a story. “Being aware of this unique moment of inauguration, has made me decide to create a memorial watch that holds a historical value combined with royal allure, just like Wm. Holloway did in 1714. It is already a part of our homeland’s history!” (Willem van den Berg MNGG)

The handmade face was manufactured in 18th century style following antique timepiece examples. The enameled numbers on the face are manufactured in two tones using a champlevé enameling technique; the Roman numbers in royal blue and the rest in black. Another royal symbol was assimilated in the golden hands: the Crown itself. The watch is placed at the center of the orb which is seated on a red stylized “pillow”. At the corners of the gold-shaded cord, 4 gilded lions are mounted, bearing the whole structure. 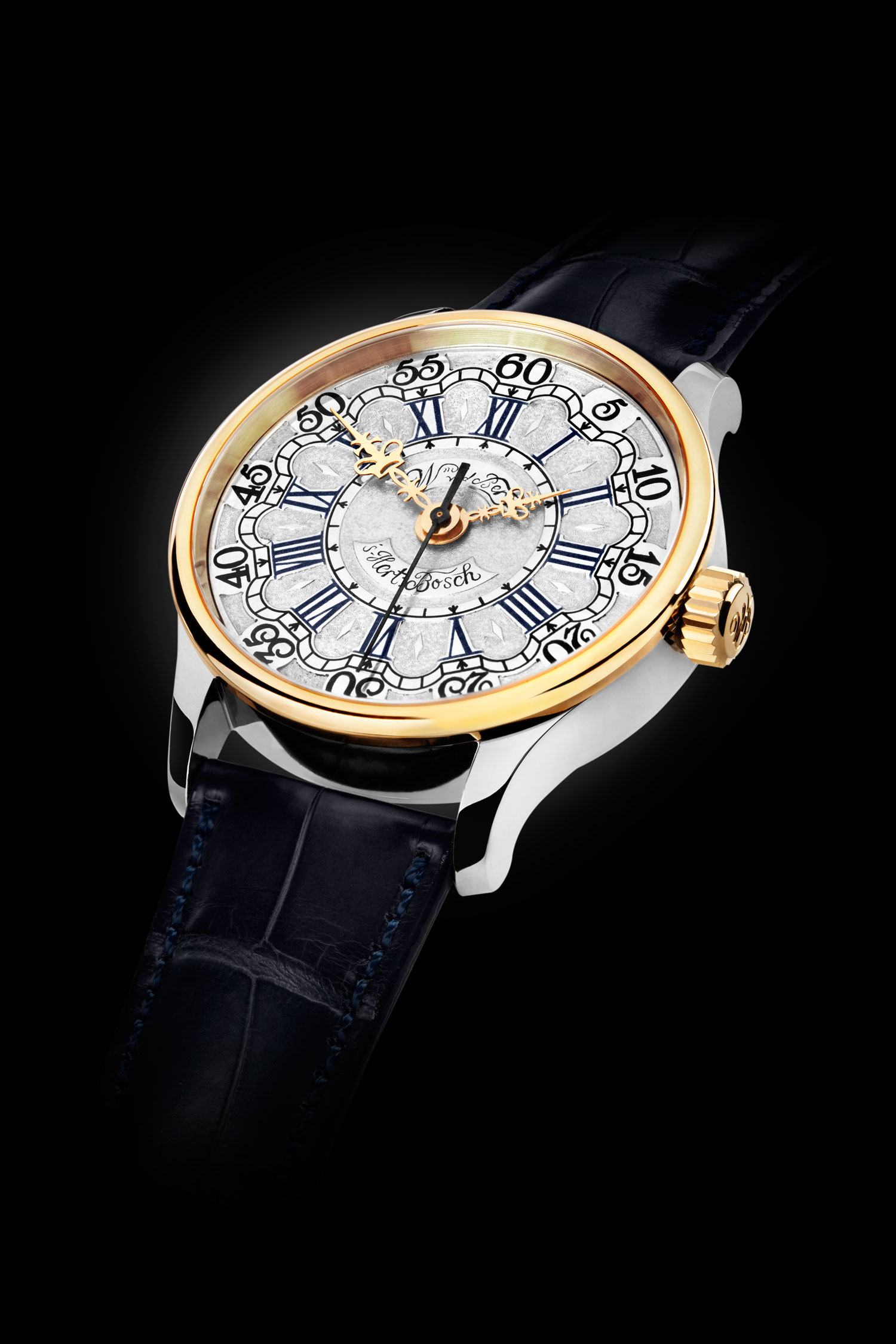